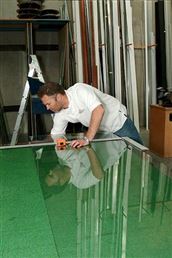 A worker was issued a final Workers Compensation Medical Certificate stating he was fit for Permanently Modified Duties, but no duties were supplied by the employer. The worker remained off work for over 18 months and the insurer placed a high estimate making total cost of that claim over $145,000.00. The Challenge to bring the issues of the matter to the attention of the WorkCover Arbitrator so a realistic settlement could be reached and the costs significantly reduced.

We conducted a Task Analysis at the Workplace, which identified appropriate suitable duties although we knew it was unlikely the worker would want to participate in such a program. The workers medical status was clearly documented, it indicated his ability to perform the available duties.

During the arbitration process the worker instructed his solicitors to obtain in excess of $90,000.00 in workers compensation payout for his stated incapacity and future loss of wages. We provided irrefutable information as to the availability and suitability of the work being offered. The worker either had to return in an attempt to demonstrate a course to maximum medical improvement or negotiate for an immediate commercial settlement. The worker instructed by his solicitor agreed on the day to a $7,500.00 settlement all-inclusive. The matter has now been closed and no further costs will be incurred.

The client has since allowed us to promote the saving's achieved and is a referee for our business promotion. Between this claim and another similar this client says "You have saved me over $187,000.00 on my premium renewal and caused me to get a rebate of over $174,000.00 on my adjustment, thank you".